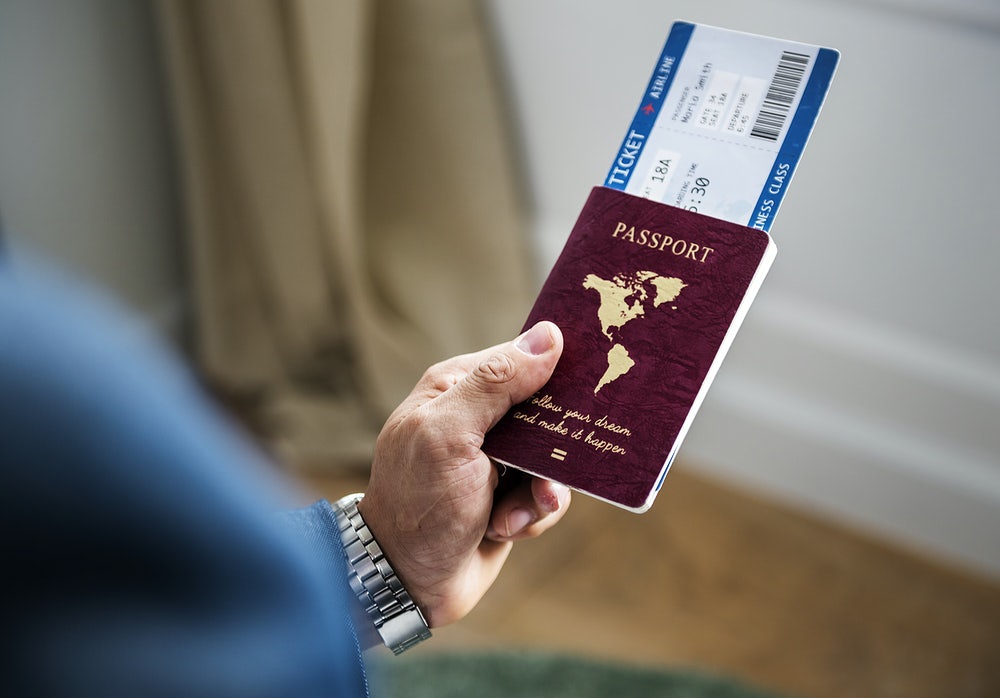 If you are considering bringing your parent(s) to live with you in the United States, you want to be sure that their journey goes as smoothly as possible on an IR5 parent visa. Taking precautionary measures and informing yourself is necessary. In order to fulfill the requirements and obtain a parent visa, there are things you should keep in mind. Visa denials are very common, so it is best to know what to expect.

When applying for a U.S. parent visa, there are quite a few forms that you need to fill out. These forms include the Form I-130, also known as the Petition for Alien Relative, Form I-864 (Affidavit of Support), Form DS-260 (Immigrant Visa Application), and the Form I-485 (Adjustment of Status) which is only relevant if your parent is already in the United States on a nonimmigrant visa. The Consular Officers will look at the forms and in case of any illogicalities, you may face visa rejection. Missing or falsified documentation won’t fly under the radar.

2. Failing to submit the proof of relationship

After submitting Form I-130, you’ll have to provide the supporting documentation. In some cases, a copy of your birth certificate will be enough to prove the parent-child relationship. However, depending on your circumstances, additional documents besides the form and birth certificate should be there. For instance, if you’re applying for a step-parent or adoptive parent, you’ll need your parents’ marriage certificate or your adoption certificate.

Immediate relatives of U.S. citizens are also subject to the laws regarding visa overstay. If your parent stayed in the U.S. longer than allowed in the past, that can be a problem. In case they overstayed their visa for up to one year, they are ineligible for a new visa for 3 years after departure from the United States. If they had overstayed for one year or longer, they’re considered ineligible for 10 years after their departure.

4. Ineligibility when sponsoring your adoptive parent or step-parent

The requirement is that you had to have been 16 years old or younger when they adopted you. It is also required that you and your adoptive parent have spent at least two years sharing the same household. If you were 16 or older when your parent adopted you, you are ineligible to sponsor them. If you’re sponsoring your step-parent and the marriage between your mother or father and the step-parent occurred after you turned 18, that also makes you ineligible to apply on behalf of your parent.

5. You got your U.S. citizenship through an adoption

Another important factor to consider is the way you obtained your U.S. citizenship. If you were born in a foreign country and adopted by a U.S. citizen and in that way acquired LPR status and eventually U.S. citizenship, you cannot sponsor your biological parent’s IR5 visa. You could petition in this situation if you terminate your adoption. In addition, you could become a spouse of a U.S. citizen and obtain a green card.

You have to be able to financially support your parents once they arrive in the United States. You must prove your financial stability and meet financial requirements. To see if you qualify, check out our free eligibility checker.

VisaExpress is part of the GovAssist family, which also owns and operates GovAssist Legal, a non-traditional legal services provider authorized to the practice of Immigration Law by the Utah Supreme Court’s Office of Legal Services Innovation.

Our team is supervised by in-house immigration lawyers, and you will be provided with attorney representation throughout your case. Using technology and our paralegal team we can charge much less than traditional law firms.

Please note that, at this time, we are experiencing some delays due to unusually high demand in our service. We expect that your application will be reviewed and processed within 2 days, and we are working diligently to reduce processing times. If this causes major inconvenience for you, please contact our support department and we will do our best to prioritize your application.

Leaving this page will cause your information to be lost. Are you sure you want to quit and start all over again?

You are eligible for an ESTA!

The Electronic System for Travel Authorization (ESTA) is available to citizens of eligible visa waiver countries for stays up to 90 days. Each approved ESTA is valid for two years, or until the passport it is linked to expires (whichever is sooner). During the validity period, an approved ESTA allows for multiple visits to the United States. This streamlined process is much faster and requires no embassy interview, so it is highly recommended when available.

Continue with your ESTA application

Want to apply for a VISA instead?

If you wish to enter the United States temporarily for pleasure, business, medical treatment, a combination of these, or transit through, and you are unable to apply for an ESTA,  you will need to apply to obtain a U.S. visa.

Continue with your VISA application

Need to stay longer than 90 days?

Extend to 180 max stay with a Visitor Visa. Each approved Visitor Visa is valid for up to 10 years and allows single, double, or multiple entries to the United States. The maximum allowed period of stay is 6 months.

Continue with your B2 VISA application

Visas are nonimmigrant visas for persons who want to enter the United States temporarily for Tourism, Medical treatment, business, or transit.

Continue with your VISA application

Visitor visas are nonimmigrant visas for persons who want to enter the United States temporarily for Tourism or Medical treatment. This visa can be used for the following purposes:

Continue with your B2 VISA application

Need to stay longer than 90 days?

Extend to 180 max stay with a Business Visa. Each approved Business Visa is valid for up to 10 years and allows single, double, or multiple entries to the United States. The maximum allowed period of stay is 6 months.

Continue with your B1 VISA application

The B1 visa is a nonimmigrant U.S. visa that permits visitors to enter the United States for business purposes. B1 visa holders can engage in the following activities: negotiate contracts, consult with business associates in the U.S., and settle estates.

Continue with your B1 VISA application

Cannot Apply for an ESTA?

Transit through the United States with a C1 Visa

Continue with your C1 VISA application

Transit visas are nonimmigrant visas for persons traveling in immediate and continuous transit through the United States en route to another country. The visa can be used for the following purposes:

Continue with your C1 VISA application

Select the Country that Issued Your Passport:

If you want to reunite with your family in the U.S., get your Green Card or become a U.S. citizen, select this option.

If you are traveling for tourism, visit or medical treatment, this is the right option for you.

If you have been accepted to a U.S. college or university, or you are part of an exchange program, select this option and begin your application process.

Traveling Through to Another Country

If you need to transit the U.S. to reach your destination as a tourist or crewmember, select this option and begin your application process.

Are you traveling to attend a business meeting, settle your estates, make investments or start work in the United States? Select this option and begin your application process.

If you are not sure which visa type is the best for you, select this option! You will discuss your case with a visa consultant and get competent advice tailored to your particular situation.

If you plan to move, live, and work in the U.S. as a permanent resident or obtain citizenship, select this option.

If you have eligible relatives living in the U.S. as citizens or permanent residents and you plan on moving to the U.S. this is the right option for you.

If you have been accepted to a U.S. college or university and you plan to temporarily live and work on campus, please select this option.

If you need to transit the U.S. to reach your destination as a tourist or a crewmember, we have just the right solutions for your visa application.

If you plan to the U.S. to attend a business meeting, settle your estates, make investments, or start working, our visa consultants and immigration experts are ready to help you with all aspects related to your application.

If you plan to travel to the U.S. for tourism, to visit your friends or relatives, or to receive medical treatment, we are here to answer all your questions and assist you at every step of your application.

There was an error adding this application to your existing group. The returned error is:

If you need assistance please contact our support team.

Your Calendly session was already scheduled. Check your email or contact support for more details.

An embassy fee of $265 is due to the U.S. embassy for each applicant, including children. (Fiance Visas).

If you require a medical exam, the exam is required to be performed at specifically sanctioned medical facilities. Check with your country’s U.S. embassy to find out the details. Medical fees usually vary from $100 USD to $300 USD.

For the most current fees, check the government website.